You know how sometimes life just happens? I thought I was pretty good at managing life, but apparently, I was just on a schedule and a creature of habit.  The  minute I was removed from what was considered normal, the wheels fell off. My training has been sporadic and life has just been exhausting.

Three weeks ago, while fighting a respiratory infection that “looked like the beginning of pneumonia,” life hit like a ton of bricks. On the news was EBOLA. No big deal, but it was in my town. But there is zero risk, so we go on about our business. Until you get that call from the 6-year-old’s school. One of the exposed children from the Duncan household attends her school. Fear, outrage, confusion, uncertainty. It all hits you. I’m a pretty smart girl and did well in science, but when your youngest daughter, too young to be allowed to cross the street by herself, is involved, it’s game on. All of a sudden, the hand washing wasn’t long enough. Sixty containers of hand sanitizer were spread throughout the house and in backpacks and cars.  Seriously, you can’t make this crap up. Custodians in spacesuits were in the school every afternoon to clean with Lord only knows what kind of chemicals. The helicopters that hovered over the house day and night were an unwanted disruption to quiet dinners. The media standing outside of the school each morning were confusing to the kids. School, however, became a safe haven for them. Blinds were drawn, recess and PE were kept indoors, teachers and administrators kept the kids safe and protected and loved, business as usual outside of temperature checks and extra nurses on site. Two more cases of Ebola by nurses in our neighborhood rattled everyone’s nerves just when we thought things were starting to die down a bit. Crazier still was that I was asked to work from home while this was all going on. Things were not normal and I didn’t wish for any of this to become the new normal.

My perfect schedule with my perfect lunchtime workouts in my office building gym and runs at the trail that backs up to my office building were put on hold as I attended meetings via conference call. Had I planned for this, I could have made up a dream schedule complete with early morning runs and workouts at home, but it all happened so suddenly that there was no time to prepare. So, therein lies the root of it all. Preparation. It’s more than just writing it on a calendar. It means coming up with a backup plan when life throws you a curveball. I’m nowhere near where I should be on my Plan B, but I will actively be putting something together over the next several weeks.

I’m now back at work and life is looking more like it did a month ago, complete with lunches brought from home and my runs outside on the trail, which is where I am heading now. I have a half marathon to pace on Saturday morning and a half marathon next weekend I will run for time, so be on the lookout for race recaps!

We were interviewed for our local FOX network about lessons learned in the last twenty-one days, and I answered that the world is a pretty small place when it comes right down to it. What I would like to also say: Have a Plan B… 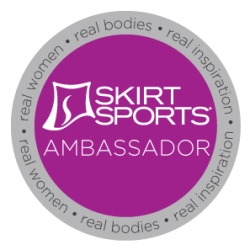